Every year when fall comes around, I get in the mood for a nice hot piece of homemade apple pie.

The problem with this is that I am terrible at making apple pies.

My crust are yucky and my fillings are not sweet or thick enough. I end up spending a whole afternoon making a giant mess and nothing to show for it. That is until I learned about this yummy recipe that is not only quick and simple, but a success every time I make it.

Here is what you will need:

Here is what you need to do:

Peel, core and slice your apple into 8 pieces. Pop open your crescent rolls and lay out on a nice clean flat surface.

Separate  a triangle, place a piece of apple and sprinkle with the cinnamon sugar mixture.

Roll the apple up in the crescent roll and place in a buttered baking dish. Continue on with preparing the rest.

In a small bowl mix together the sugar, flour, cinnamon and melted butter. 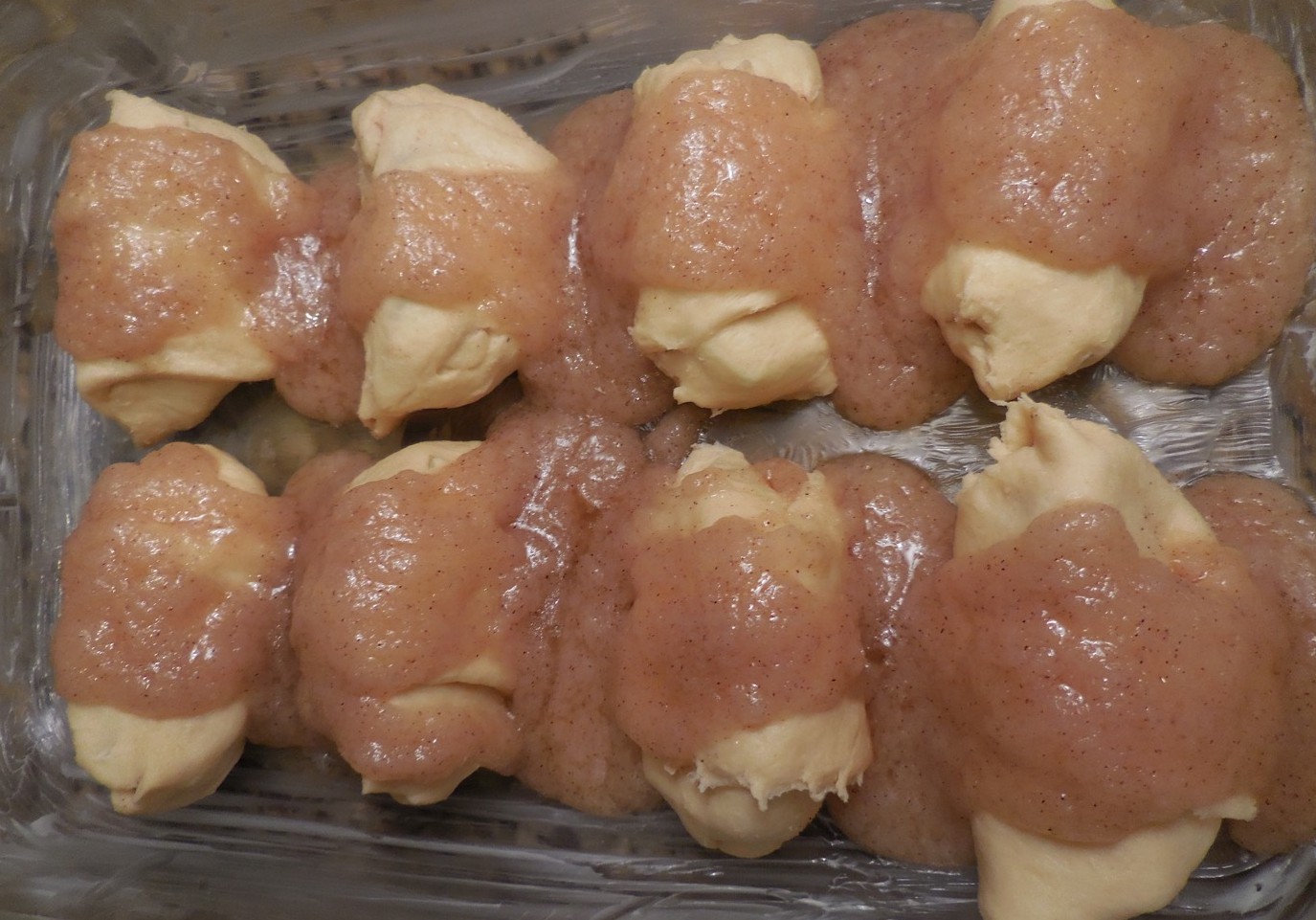 Spoon mixture over each dumpling.

Next, pour sprite around the dumplings and bake at 350 degrees for 40 minutes.

This recipe can be doubled for a larger crowd and would probably be even better with some fun add- ins.  I think I might try adding some chopped pecans inside the dumplings next time I make this.

Serve it up warm with vanilla ice cream or some homemade whip cream.